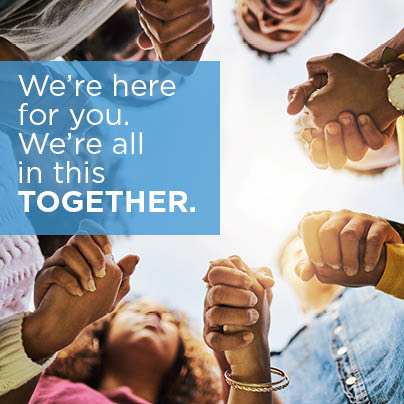 From the beginning of the COVID pandemic, Central Electric has been committed to postponing disconnects for our members. Following our announcement that we were extending this policy through at least April 30, Gov. Roy Cooper issued an executive order making this a requirement for all electric, gas, water and wastewater utilities during the next 60 days.

We fully support his decision and are further extending our policy through at least May 31, in addition to continuing to waive late fees and offering free payment arrangement extensions. We will continue to monitor information being provided by health and public officials and adapt our policies as needed moving forward. We do recommend that you continue making payments to your account as you can to avoid unmanageable future balances, but we will most certainly be working with members to set up special long-term payment plans to accommodate balances once it becomes more clear at what point we will be able to return to a normal business schedule.

While far from normal, operations have remained ongoing to ensure a high-level of service for our members. The Central Electric office remains closed to walk-in traffic, however the drive-thru is still open at this time to assist members who may wish to make a payment to their account in person. If you need to contact us or access your account, we are still here for you 24/7. You can manage your account online through the Member Service Portal, through our free Mobile App, by phone at 1-866-488-5011, or payment kiosk at the Liberty Gas Station in Cameron. Representatives are also available by phone (919-774-4900) or through our online chat option available at CEMCPower.com (Monday through Friday, 8 a.m. to 5 p.m.). Applications for new services can also be submitted online and a service representative will be in touch to help you get your service connected.

In the meantime, make sure you continue to take all health related precautions as recommended by the Center for Disease Control (CDC). For members of our community needing assistance at this time, or at any time moving forward, NC 211 is a free service available through United Way that can direct you to resources in our area. If at any time you have any questions, please don't hesitate to reach out to us. We are always here to help you in any way we can.

Cooperative members across North Carolina are increasingly interested in harnessing the power of the sun to power their homes. Central Electric Cooperative is responding to the changing needs of our members, and we are working to incorporate renewable energy sources to our energy mix while also keeping costs as low as possible.

Solar generation is available only when the sun is shining, but it’s our job to make sure you have reliable, dependable power 24 hours a day, seven days a week, rain or shine, day and night. That’s why we must maintain an infrastructure (the “grid”) to meet energy needs and ensure an uninterrupted flow of energy, regardless of the weather.

A tool is available through the National Renewable Energy Laboratory (NREL) that estimates the energy production and cost of energy of grid-connected photovoltaic (PV) energy systems. The tool, PVWatts®, is a free application that allows consumers to easily develop estimates of the performance of potential PV installations. NREL is a third-party research laboratory of the U.S. Department of Energy and the Office of Energy Efficiency and Renewable Energy and is not associated with Central Electric. Click on the image below to access the PVWatts Calculator. 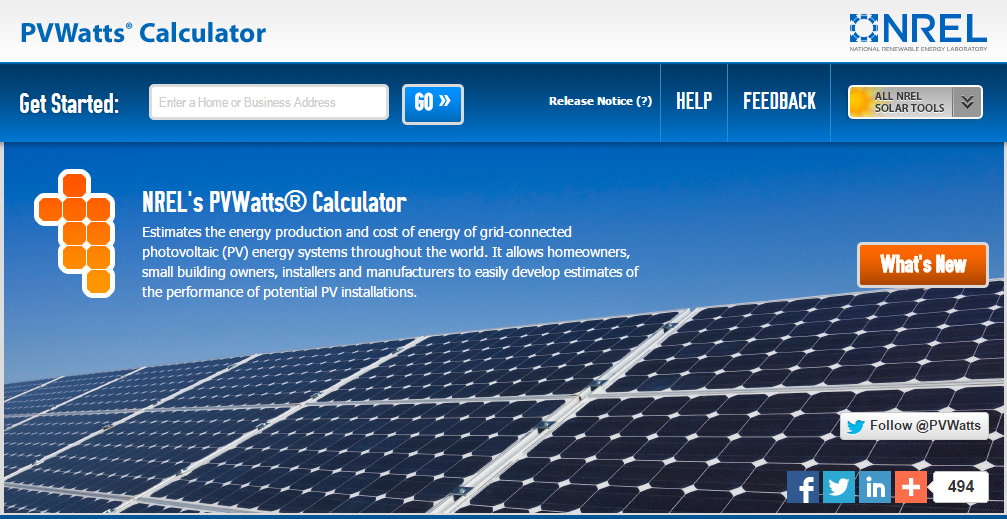 As your local and trusted Touchstone Energy electric cooperative, we want to be your source for energy and information. Since solar power generation is rapidly becoming more widely available, in conjunction with Touchstone Energy, we put together this information to help answer questions you may have. After reviewing the materials, please contact us at 919-774-4900 or 1-800-446-7752.

If you are interested in residential scale solar, you’ll need to select one of the following rate schedules:

to fill out the Purchased Power Rider Contract

to fill out the Small Consumer-Owned Generator Rider Contract

Central Electric flipped the switch in Dec. 2015 on the new community solar project for co-op members and the surrounding community.

The project, located beside the Central Electric office on Wilson Road in Sanford, consists of 360 photovoltaic panels that produce up to 100 kilowatts of electricity, enough to power as many as 12 to 15 homes.

Community solar projects come in many different forms. They usually allow consumers to buy into the system and then they benefit from tax incentives, as well as the energy output — all without the sizeable financial investment of a large, private system.

Our project is funded by a tax equity investor (TEI) who will provide approximately 75 percent of the upfront capital to construct the project in return for the federal and state tax credits for renewable energy.

The TEI will recover its costs, as well as a small return on investment, over a period of seven years. At that point, Central Electric will become the sole owner of the system.

Renewable energy produced by the members’ system will be included in our power supply, and any benefits will be factored into our rates.

The system will help meet our members‘ continuous demand for electricity by supplying that energy year-round, but obviously more so during the longer summer days. This can reduce wholesale power costs, which account for at least 68 percent of your cooperative’s expenses. In addition, the solar system will be a valuable educational tool for area students as they learn about the transmission and distribution of electricity.

While we will continue to purchase power from traditional generation sources, this is another step toward bringing renewable energy into the mix. By balancing our power supply with both traditional sources and renewables, we can provide a bright future for Central Electric members.

If you plan to construct a qualifying generation, such as wind, solar or hydroelectric, that will be interconnected directly to the electric grid, you may be eligible to sell Central Electric electricity at our standard and negotiated rates.

Central Electric has joined other utilities across N.C. to offer a renewable energy alternative called NC GreenPower. The program operates upon voluntary participation by members who elect to contribute at least $4 a month on their utility bill to help support a cleaner environment through electricity produced from renewable resources.

From every donation, 50% (or $2) will fund the purchase of renewable energy credits (RECs) from 50 kWh of renewable energy from eligible green power generators from across the state. The other 50% ($2) will support the installation of small (2-3 kW) solar PV projects at selected schools. The revenue is split evenly under the NC GreenPower Solar Schools Pilot, which is currently in year four of the pilot project.