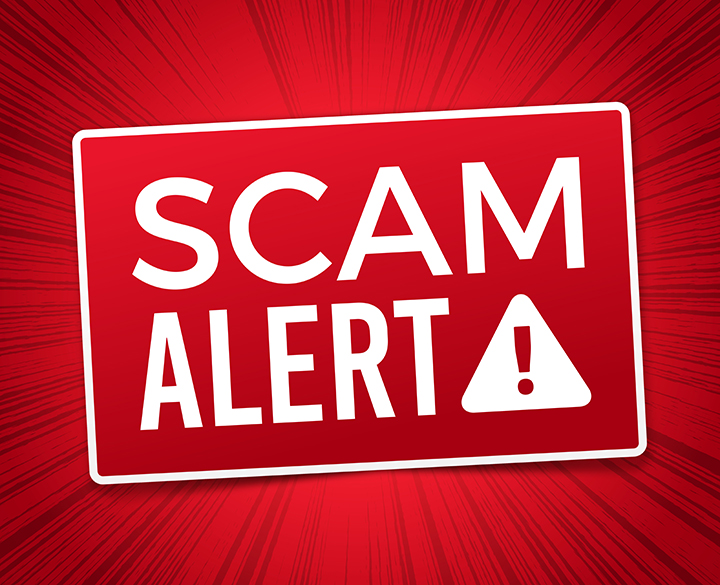 ALERT: We've been receiving an uptick in reports of scam attempts from our members stating that they have been contacted by someone stating their power is about to be turned off. The caller instructs that you need to make an immediate payment through a money transfer, a certain website or prepaid credit card.

Remember this important information to prevent yourself from falling victim to a utility scam:

If you are ever unsure of the status of your account or the party you are speaking with, hang up and call the cooperative immediately. Cooperative representatives are readily available to you by calling 1-800-446-7752.

You can also quickly check the status of your account online by using the member services portal found by clicking on the "My Account" tab in the top left hand corner of the page. Here you can check your account balance, make payments and set up alerts that will notify you when you have an overdue balance.

In 1941, most rural residents in Chatham, Harnett, Lee and Moore counties were still without electricity. While friends, relatives and store owners in nearby cities were enjoying the advantages and advancements that electricity promised, farmers and many others living outside the cities were still doing things the hard way. It was time for a new beginning. It was time for cooperation.

On April 23 of the same year, meeting in the Agriculture Building in Sanford, a group of citizens got together and decided to do just that, cooperate. Two months later, Central Electric Membership Corporation was formed and chartered. Electric energy was on its way.

In May of 1950 Central Electric built its first office building located on Steele Street in Sanford, NC. In 1983, the operation division moved to its new facility on Wilson Road and began using a Supervisory Control and Data Acquisition system. This allowed the cooperative to operate its power delivery system more efficiently.

After several years of steady growth, the cooperative experienced a boom in membership fueled by the development of the southern portion of the system. From 1992 until 1997, the cooperative had growth between 6 percent and 8 percent annually.

In 1994, the main office was moved to join the operation division at its new location on Wilson Road. In 1999, preparation for future expansion of the cooperative’s role in a deregulated environment, Central EMC joined with other cooperatives nationwide in a strong alliance through Touchstone Energy. Touchstone Energy provided another means of promoting quality service and products, and affords stronger marketing opportunities through a national brand.

In 1999, North Carolina legislation passed a law allowing cooperatives to diversify. To that end, Central joined South River EMC, Lumbee River EMC and Pee Dee Electric Cooperative, and in 2001, contracted with the US Army Corp of Engineers to operate and maintain the electric grid on Fort Bragg.

Central also partnered with 18 electric co-ops in the state to purchase and develop an independent propane service for members and others. The new company, Diversified Energy, operates separately from the co-ops. However, it still demonstrates the same customer care, values and reliability members have come to expect over the years.

We also worked to prepare for deregulation by forging new alliances and expanding power supply options to make sure electricity would be available for future generations.

Over seventy-five years of progress have now firmly established our cooperative effort. We’ve grown as business with more than 23,000 member–owners and nearly $130 million in assets. Nine large substations and 2,546 miles of line have been built to bring energy where it is needed.

The cooperative has gone through many changes in the last decade. These include automated meters, in-house data processing, automated outage reporting, online bill payment, and a host of programs dedicated to improving services and energy efficiency for members.

But from the day Central first turned the light on at Mr. and Mrs. June Cole’s house, the co-op’s focus hasn’t been on poles, transformers, trucks, or profit. It’s been on serving people.

Whether it is for a farmer, a factory, or a house, this co-op is about meeting needs and expectations, delivering a better way of life through electric service. In this day and age, electricity is no longer a luxury, but a necessity.

People depend on Central Electric every day. Reliable power is critical in today’s world, and we’re proud of our reliability record. At Central Electric, we keep the light on better than 99.9 percent of the time.